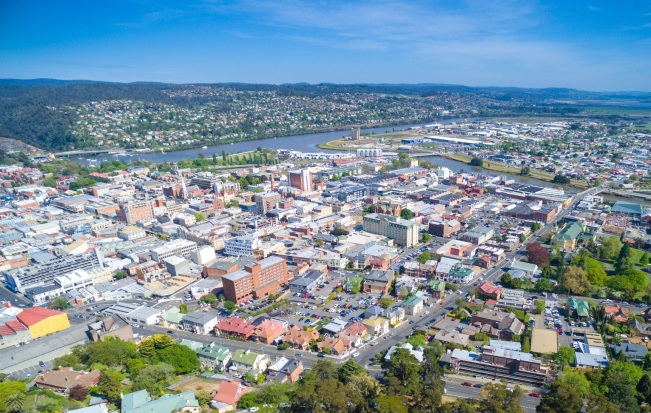 The State Government is injecting $100 million, including $60 million in interest free loans to Local Government, to create more than 800 jobs and move the North out of the economic slow lane.

The package will bring forward and fast-track a series of planned projects, such as upgrading schools, 27 units for affordable housing, support for a $100 million black pellet plan in the Tamar Valley, $8.7 million to repair flood-damaged roads and bridges and $15 million to progress the Cradle Mountain vision.

While funding is not an issue for the $300m UTAS campus relocation to Inveresk, construction work probably won’t start until the end of 2017.

Both Premier Will Hodgman and Treasurer Peter Gutwein recognised that the need for stimulus is now.

“The UTAS project will change the face of Launceston but with the 18-month to two-year gap, we are bringing forward projects which were budgeted two years out, to start in the next couple of months,” Mr Gutwein said.

“We have to fast-track these projects and create even more projects through Local Government Capital Works with up to $60 million interest free.

“Some will be new projects, others will be brought forward.

It’s not for government to nominate, or approve the projects, that’s up councils who understand their community needs.

“What I can say is — first in best dressed,” Mr Gutwein said.

The Premier acknowledged that the North was not rebounding as quickly as Hobart, or even the North West, with the recent regional unemployment confirming the North was struggling.

“Clearly we need to do more and this is why we have created the Northern Economic Stimulus Package,” he said.

“We are also working with the Commonwealth to quickly prioritise the Coalition’s Tasmanian election commitments to ensure funding flows quickly.

The announcement was made at a packed breakfast at Peppers Seaport, organised by the Tasmanian Chamber of Commerce and Industry.

It follows positive economic development news with Launceston to attract $100 million in private sector investment over the next two years — including the $20 million Silos Hotel and $40 million multi-storey TRC Hotel redevelopment overlooking the Tamar River.

The TCCI has been advocating for a Northern package and applauded the government’s decision.

The Treasurer thanked the TCCI and said it was great to be working with the chamber to help bring the package together in a reasonably short time.

“It’s a terrific outcome to fast-track a budget for the North and the $60 million non-interest loans available for council works should be snapped up,” TCCI CEO Michael Bailey said.

“They already have projects on their books so we are calling on councils to get the works under way or the betterment of the economy and the communities.

“We also have projects of $300-$500 million on the books of TasWater for the next couple of years, so add this to the Northern Stimulus Package and the private enterprise investment will certainly boost job creation.”