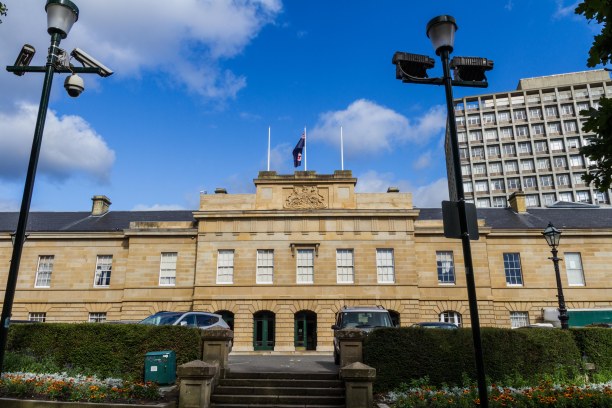 The business sector and a large number of state political minds have agreed with the TCCI’s view that the time is right to restore Parliament’s Lower House back to 35 members.

I have made it clear in recent weeks that the TCCI is a firm believer in the much-needed reform and it appears the majority of people agree with the sentiment that Tasmania’s Parliament is burdened by the House of Assembly’s size of 25.

Our Ministerial representatives are struggling against an ever-growing volume of work, and their influence and power has been reduced – with unelected departmental heads filling the gaps.

It is disappointing that the Liberal Party hasn’t reopened the door to discuss this important reform, given the Libs had previously stated they would when the Budget situation had improved.

Well, that time is now – before the next election due for March 2018.

Premier Will Hodgman says it’s not a priority.

But feedback I have received since putting this topic back on the agenda has been very positive – from the business community, Labor, and the Greens – and, to an extent, from many Liberals `behind the scenes’.

Actually turning that desire into a tangible policy the Government is willing to champion publicly is a different story.

In 1998, then-Liberal Premier Tony Rundle led the charge for a reduction of the Legislative Council from 19 to 15 members, and the House of Assembly from 35 to 25 members – the purpose of which being “antagonism to the Greens”.

As the reduction was analysed, respected political scientist Richard Herr noted the move had “performed radical reduction surgery on an institution that was already at the limits of sustainability as a Westminster parliament”.

The TCCI has no problem with the status quo remaining in the Legislative Council – the current 15 member model works well. In fact, back in 2010, the Upper House voted against increasing its size back to 19. Enough said.

However, the engine room of the Parliament needs a rapid-fire dose of new blood – one that can only come with an increase in representation from each electorate from five members to seven.

It would ensure a robust backbench and give new politicians time to cut their teeth.

At the end of the day, it’s all about better democracy.

The argument that the move to 35 will further increase the ratio of elected politicians to electors is one that can’t be avoided but explaining the rationale for change in a clear and constructive manner should allay concerns.

Opening a dialogue on the matter will no doubt also lead to discussion about reducing the number of local government representatives as a trade off – something the TCCI will back.

And for those questioning the cost, estimated to be around $3 million recurrent – can a price tag be attached to a better system of governance, given we are heading back into the black as a result of strong economic management?

Anyway, the better system would mean less highly paid advisers and assistance which would well and truly offset the cost.