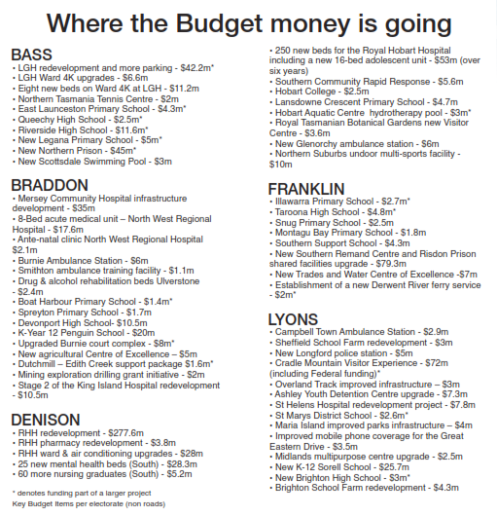 From basket case to golden age, Tasmania has entered a new chapter of prosperity.

That’s the message from the State Government in its post-Budget portrayal of the state.

Business leaders have hailed the 2018 offering from Treasurer Peter Gutwein as extremely positive for the state’s future.

Economic growth is running at 3.25 per cent for the current financial year and predicted to level to 2.25 to 2 per cent over the Forward Estimates, while unemployment is predicted to remain stable at 6 per cent.

The Budget shows a Net Operating Surplus of $75.3 million for this financial year, rising to $161.9 million for the Budget year and then well over $100 million over the three remaining years of the Forward Estimates.

“We laid the foundations in the last term of Government so Tasmanians could look forward to a brighter future – now we are getting on with the job of taking Tasmania to the next level,” Mr Gutwein said

“This Budget continues our commitment to remain in surplus and live within our means so Tasmania can deal with any unexpected bumps in the road.”

Business received a number of initiatives including: