Show us the money: Chambers call for action on by-election promises 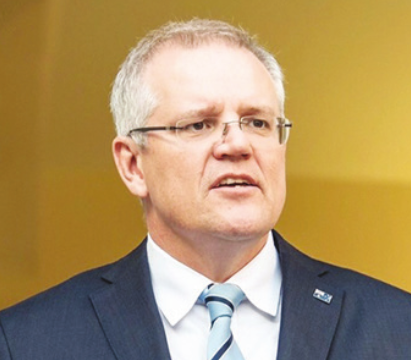 One of the first items to come across new Prime Minister Scott Morrison’s desk will be a letter from the Tasmanian Chamber of Commerce and Industry requesting action on more than $133 million of promises for Braddon.

The staggering list of 27 commitments (see page 2) were made during the Super Saturday by-election campaign and start from the $30 million for assisting construction of the Cradle Mountain cableway project down to $20,000 for upgrades of the Irishtown Community Centre.

The TCCI and three North West Chambers are putting pressure on Mr Morrison and his new ministers to release the timing of the infrastructure and community developments on the massive list.

TCCI CEO Michael Bailey said with the support of Burnie, Devonport and Cradle Coast Chambers, the heat would be on the Government from now until the Federal election.

And while successful Labor candidate for Braddon, Justine Keay, doesn’t have to answer for the Opposition’s commitments she is working very hard for her electorate.

In question time on August 16, in the House of Representatives, Ms Keay asked the Prime Minister and the appropriate Ministers, for a timeline around when each of the 27 commitments would be honoured and if not, why not?

The questions are unanswered at this stage but it is now on the agenda which is significant.

Mr Bailey said the days of fake promises and commitments were now of the past and the Chamber movement would be holding government to account.

“These commitments are in stone regardless of the individual changes in prime minister and ministers,” Mr Bailey told the Tasmanian Business Reporter.

“We will also be reminding Opposition Leader Bill Shorten of his very generous and creative commitments for Braddon if his party wins the up-coming Federal election.”

Mr Bailey said the TCCI, the NW Chambers and the national body, the Australian Chamber of Commerce and Industry have played a role to bring business back to the agenda.

“Local issues are where the power sits at elections and we are playing a major a role for our members, listening to their issues and opportunities that governments overlook, or are simply unaware of.

“The forums we have held before the by-election were terrific because we heard the questions that our members and the community wanted, not just froth from candidates and their leaders.

“We recently had a constructive brief of the Braddon by-election and I can guarantee that the chamber will be very active through the Federal election campaign.

“Already ACCI has agreed to adopt our approach throughout the nation.

“But the big win for Tasmania is we will introduce the Tasmanian issues which were lost in the last Federal election and left Tasmania without a government seat.

“We need to bring business to the forum and will do this city by city, town by town and region by region,” Mr Bailey said.