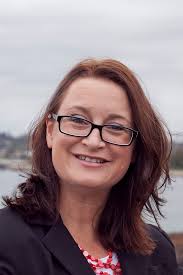 The Federal Coalition’s company tax cut policy is in the spotlight after the July 28 Super Saturday by-elections.

While by-elections are notoriously challenging for sitting government’s to win, Liberal and LNP candidates lost in all three seats they contested and Prime Minister Malcolm Turnbull has promised a comprehensive review.

Braddon was won by Labor’s Justine Keay, who returns to Parliament after causing the by-election in the marginal seat after being caught up in the dual citizenship debacle.

On a two-party preferred basis she claimed victory with 52.5 per cent of the vote over Liberal candidate Brett Whiteley with 47.5.

However, Ms Keay benefited from preferences from popular fisherman, independent Craig Garland, who polled more than 10 per cent of the primary vote and has suggested he will stand again at the next Federal Election, due in early 2019.

Mr Whiteley has not confirmed if he will stand again.

Ms Keay has credited Labor’s policy of health and education spending over tax cuts for big business as a catalyst for victory.

The Coalition has already legislated a tax rate cut for businesses with a turnover of less than $50 million and wants to extend that to all businesses – a move Labor and the Greens oppose, arguing it is a hand out to the big banks.

There are internal rumblings from within the Coalition about the need to scrap the plan or risk losing power next year.