IN THE era of booking tickets to the moon and human interface technology unlocking the power of human intelligence, the budget week was dominated by a rather humble word – confidence.

Yes, confidence, which is trust of others, including our leaders.

For some, confidence is on the nebulous side because it can’t be medically or technically measured, nor can it be bottled or collected your local pharmacy.

But it has the ability to empower sometimes the most unlikely people to conquer the world, or in this context, to rebuild Tasmania’s economy and quality of life.

The Tasmanian Chamber of Commerce and Industry’s post-budget road show saw the Treasurer and Premier bouncing into the Hobart breakfast at 7am, then meeting the ABC and conducting a series of other interviews, before heading to the Launceston luncheon and then an evening function in Burnie. 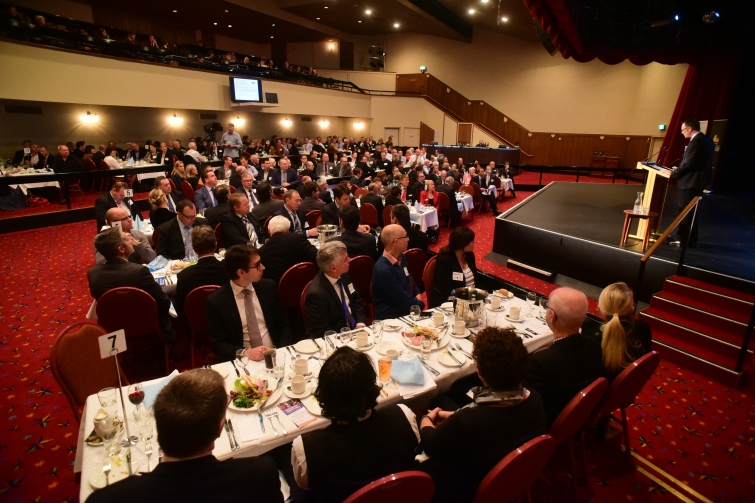 The crowd at the State Budget Luncheon at the Country Club Casino, Launceston. Photo courtesy of The Examiner. Picture: Oliver King.

The messages were common throughout – build on the business confidence levels, which are already the highest in Australia, by injecting $1.8 billion in infrastructure spending and creating jobs.

Treasurer Peter Gutwein’s message to Tasmanians was quite personal, and peppered with a touch of US President John F Kennedy.

The Treasurer called on Tasmanians to have a go and to think about what we can do for our state. He followed with the continuous theme of the budget supporting confidence and building the economy.

In his speech, Premier Will Hodgman pulled in the need for confidence, as did economics and TCCI vice president Paul Arnold.

Paul produced the lovely line of how confidence and momentum were great friends and how incentives build confidence.

It’s probably no great surprise that Treasurer Gutwein is aware of the need for, and the power of, confidence.

As a successful sportsman at upper levels of eam sports such as football and cricket, in Tasmania and WA, he is well aware that it’s highly unlikely you win many games without teamwork and confidence, regardless of the ability of the individuals.

A highly successful businessman in the hospitality industry and a stint living in Ireland during the best and worst times of business experienced in the Emerald Isle, have helped accentuate the need for confidence.

How true is the old adage, “money lost, nothing lost – confidence lost,
everything lost”.

While confidence was the dominant word, there was an underlining message to business, “make sure you grasp the opportunity”.

In other words, the world is your oyster but remember it’s now up to the business sector to make it work, which complements the federal government’s strategy based on the growth of small business.

As Mr Gutwein responded when asked what was expected of business, his reply was quite explicit: we will provide the framework and then we’ll get out of your road to let you do your job.

The government, through the TCCI, has listened to the message and dialogue from business for its needs and strategies.

It’s now up to business to keep its end of the bargain. 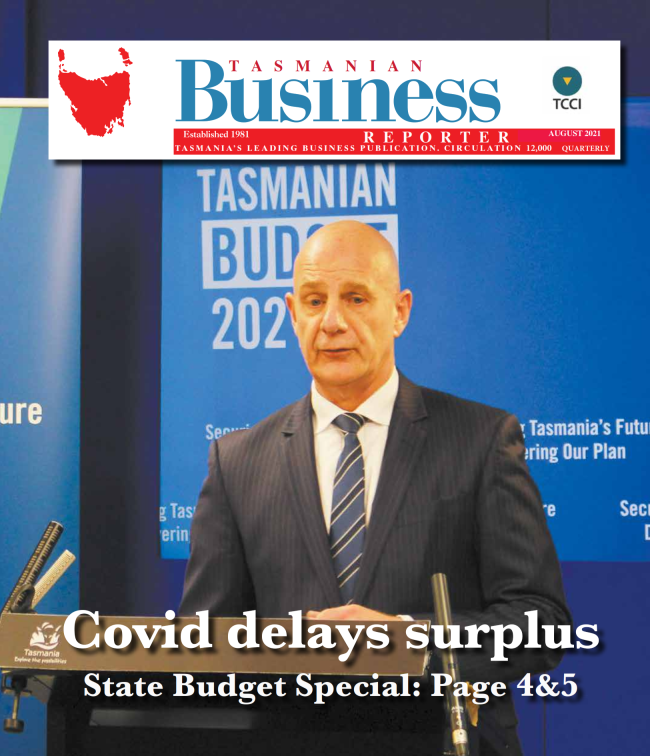