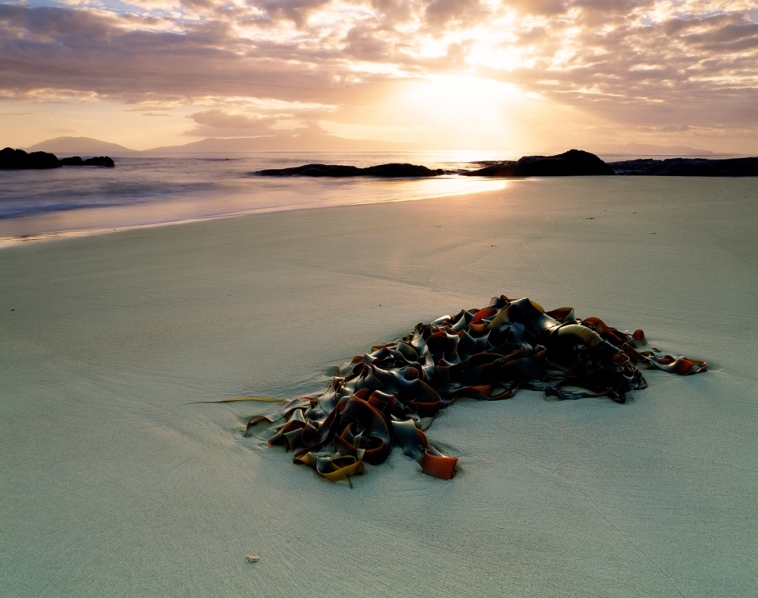 Marinova use locally sourced materials such as this beachcast seaweed from a Tasmanian beach.

A UNIQUE seaweed extract manufactured by an Australian biotechnology company has been announced as the winner of the silver medal at the Green Cosmetic Ingredient Awards in Barcelona, Spain.

Developed by Hobart based company, Marinova Pty Ltd, the concentrated seaweed extract has been shown to exhibit soothing, protective and anti-ageing properties.

Marinova chief executive Paul Garrott described the award as a tremendous achievement and attributed the success to a significant and sustained investment in research and development.

To have created – and now commercialised – a product that is as effective as it is natural is testament to the expertise of our scientists,’’ Mr Garrott said.

“This award further consolidates Australia’s reputation as a leader in the field of marine biotechnology.”

Branded as Maritech® Reverse, this novel cosmetic ingredient has already been successfully commercialised in Australia.

The award coincides with the European launch of Maritech® Reverse and paves the way for uptake by the large European-based cosmetic companies.

The Green Cosmetic Ingredient Awards are announced each year at the prestigious incosmetics exhibition.

A gold, silver and bronze medal is awarded to a natural skincare ingredient that makes a significant environmental or social difference in the area of sustainability.

In announcing the winner, the judges complimented Marinova on the level of scientific evidence supporting the efficacy of Maritech® Reverse, as well as the fact that this ingredient is derived exclusively from wild seaweed that has been harvested on an environmentally sustainable basis.

In human clinical trials, the compound has been shown to not only reduce wrinkle depth and skin roughness, but also increase skin elasticity and moisture retention following UV exposure.